Who doesn't love donuts? We've fancied up our baked donut bites with these three delicious options - jam and cream, glazed apple and churro-style. 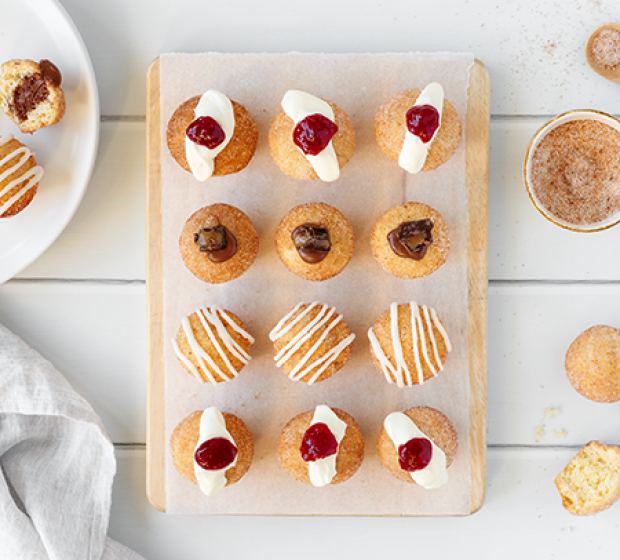 Bake and coat donut bites according to instructions on the box. Whisk cream and icing sugar together until softly whipped. Cut two thirds of the way into the middle of each donut bite. Fill with cream and add a dollop of jam on top. Serve immediately.

Prepare donut bites, mixing apple in with the donut batter before spooning into tins and baking. Coat with cinnamon sugar according to instructions on the box. Mix icing sugar, milk, butter and vanilla essence together until you have a smooth glaze. Transfer to a resealable bag, snip off one of the corners and pipe glaze in a zig zag pattern onto cooled donuts. 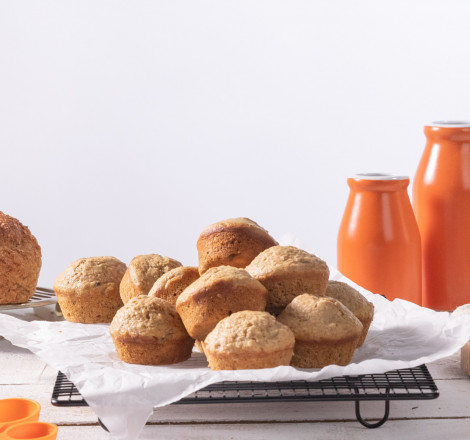