Home How To's About Ingredients

Everything you need to know to get the best out cooking and baking with Edmonds products. 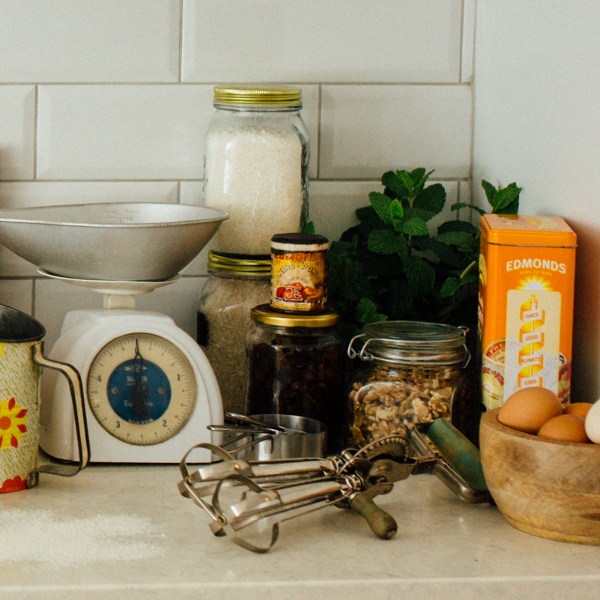 •Baking soda is also known as bicarbonate of soda. As well as baking it is also used for many cleaning applications.  See more here.

•Bouquet garni is a mixture of parsley, thyme and bay leaf which is tied together with cotton if fresh herbs are used, or enclosed in a muslin bag if dried herbs are used. It is used as a flavouring for stocks. It should be removed once the cooking is completed.

•Coconut throughout the cookbook means desiccated unless otherwise stated. Coconut can be toasted by heating it in a frying pan over a moderate heat. Shake the pan from time to time. Remove pan from heat when coconut just starts to colour.

•Coconut cream or coconut milk is available canned, or can be made by mixing 1¼ cups of coconut with 300ml of boiling water then straining through a sieve and reserving the liquid. This will give about 1 cup (250ml) of coconut milk.

•Cornflour is made from maize and is a starch used to thicken products such as sauces and desserts, or it can be used in some baked products. Edmonds cornflour is gluten free.

•Curry powder is a mixture of spices and you can combine different spices in different amounts to make your own blend. Some of the basic spices might include cumin, coriander, ginger, cloves, fenugreek, turmeric and cinnamon. Whole spices can be ground with a mortar and pestle or prepared ground spices can be used.

•Edmonds products are used throughout this book.

•Edmonds standard flour is ideal for most cakes, sponges, biscuits and sauces. It has a lower protein (gluten) content which helps give tender baked products.

•Edmonds high grade flour has a high protein (gluten) content. This is important in breadmaking to ensure that the dough, when kneaded, has sufficient strength to give the bread good volume and texture. It is ideal for a heavy fruit cake (keeps the fruit evenly distributed).

•Edmonds wholemeal flour is made from all parts of the wheat grain - the white flour, bran and wheat germ. Wholemeal flour contains more fibre than white flour. It can be used in muffins, breads, pie-crusts, crumbles and fruit loaves.

•Fresh ginger is root ginger. This is available from the fruit and vegetables section of the supermarket and should be stored in the refrigerator crisper or frozen for easy grating. The ginger root can be peeled before using if desired.

•Herbs throughout the cookbook means dried herbs unless fresh herbs are specifically listed. When substituting dried for fresh herbs in a recipe, use half the quantity of fresh herbs.

•Jalapeño peppers are peppers that come in a variety of degrees of hotness and are used widely in Mexican cooking. They are available canned or in jars from the supermarket.

•Low-fat options can be used in recipes calling for sour cream, cream cheese, cream and cheese if desired. Low-fat cream will not whip. Substitute only in recipes where whipping is not required.

•Margarine (original or salt reduced) can replace butter giving a similar result. Extra flour may need to be added in some baked recipes to give the required consistency. Lite spreads and margarines cannot be substituted for butter in most recipes.

•Oil can be used to replace butter in some baking with the amount of oil being equal approximately to between two-thirds and three-quarters of the amount of butter. There will be texture and taste differences.

•Canola Oil is a general purpose oil. It is lower in saturated fats than all commonly used vegetable oils and has a clean flavour.

•Sunflower Oil is also a general purpose oil. It is high in polyunsaturates and mild in flavour.

•Peanut Oil is perfect for Asian style cooking. It is high in monounsaturates and has a subtle nutty flavour.

•Vegetable Oil is best used as a general purpose cooking oil. It is cholesterol free and has a clean taste.

•Olive Oil is available in a variety of types. Light olive oil has the least flavour with the deeper green virgin olive oils having a distinct flavour. Use extra virgin for salads and dipping. The other varieties are great for everyday cooking but take care not to overheat olive oil as it will smoke at a lower temperature than many oils.

•Prepared mustard is wet mustard that has already been made or bought. Wholegrain or smooth varieties are available.

•Sambal oelak is a paste made from hot chillies and salt.

•Soft breadcrumbs are made from stale bread. They are not toasted.

•Softened butter makes creaming butter and sugar easy. Butter can be softened in the microwave, left to stand in a warm place or softened over hot water. Softened butter is not the same as melted butter.

•Sour milk or cream is made by adding 1 tsp lemon juice or vinegar to 1 cup of fresh milk or cream and leaving to stand until thickened. The commercial product will be thicker than homemade.

•Stock can be homemade or bought in cartons as a liquid, in pots as a powder or as foil-wrapped cubes. One stock cube is generally the equivalent of 1 tsp of stock powder.

•Tahini is a paste made from toasted sesame seeds and it is widely used in Middle Eastern cooking. It has a toasted nut flavour.

•Tomato purée is available in cans or can be made from fresh tomatoes in a blender or food processor.

•White sugar can be replaced with brown sugar to give a different flavour and, in baking, a slightly different texture.