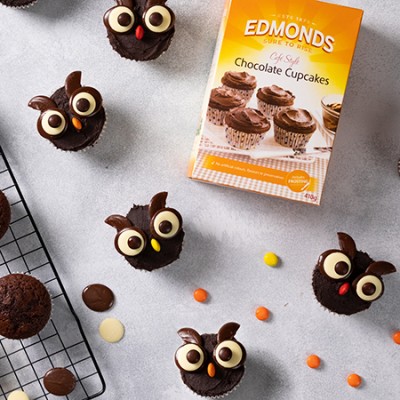 The cutest wee cupcakes you ever did see! Created using our easy peasy Chocolate Cupcake Mix and a few decorative additions.

1. Prepare cupcakes according to instructions on the box, including icing.

2. Cut 12 of the large chocolate buttons in half. Press into the tops of the cupcakes, straight edges facing out, to form ears. Using 24 more of the large buttons, press the eyes on, slightly overlapping the bottom of the ears.

3. Place the remaining 12 large chocolate buttons in a microwave-safe bowl and microwave on medium-low in 30-second bursts, stirring in between, until smooth.

5. Press the remaining chocolate pebbles into the icing between/under the eyes to make the beaks. 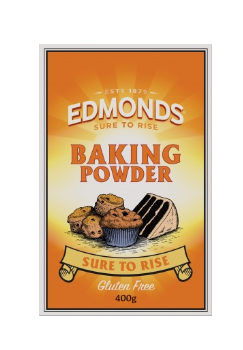 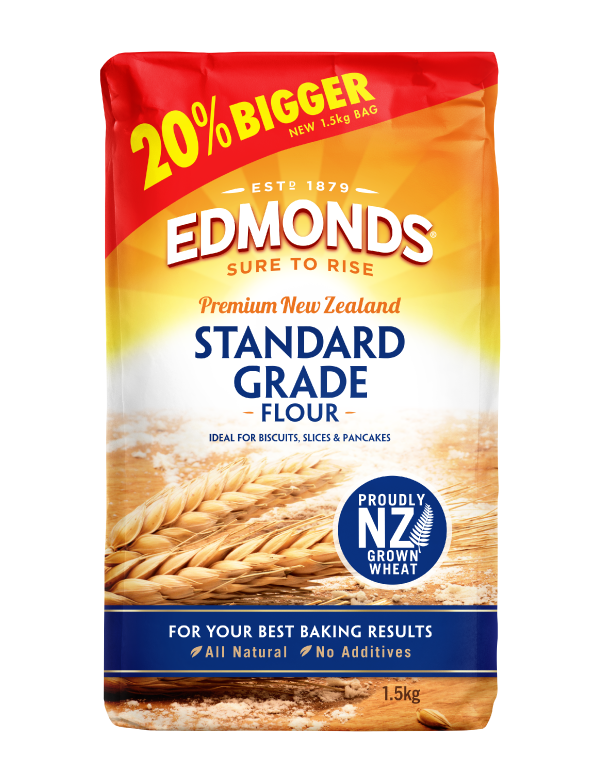